Support for Osman Kavala by Academics From Around World

Academics from the universities of Harvard, Yale, Oxford, Massachusetts Institute of Technology (MIT) and Columbia have drawn attention to the situation of rights advocate and businessperson Osman Kavala, who has been behind bars for 10 months.

Academics had their photographs taken while they were holding placards which read, "10 months in detention! With no trial or even an indictment!!! Is this justice??? We stand with Osman Kavala." 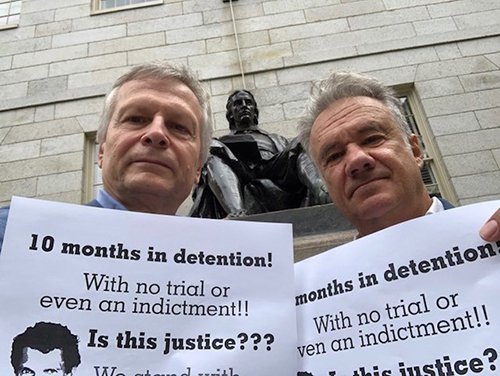 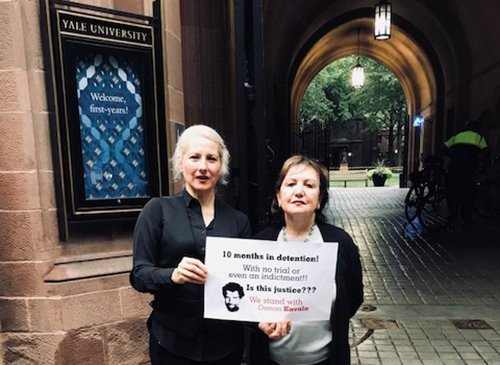 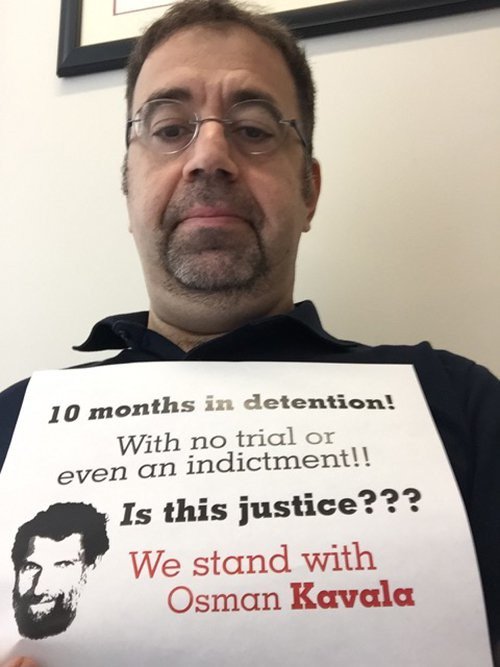 Economist Daron Acemoğlu from the MIT 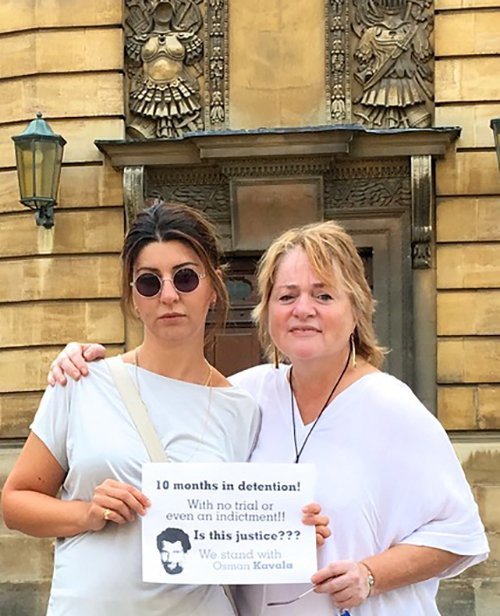 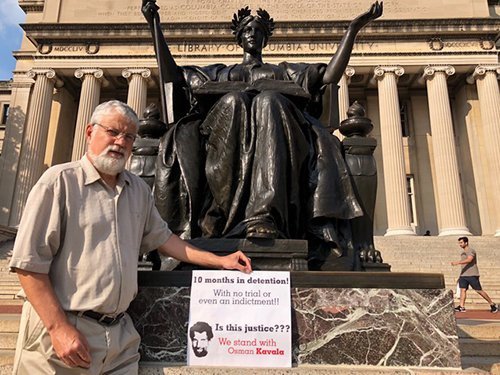 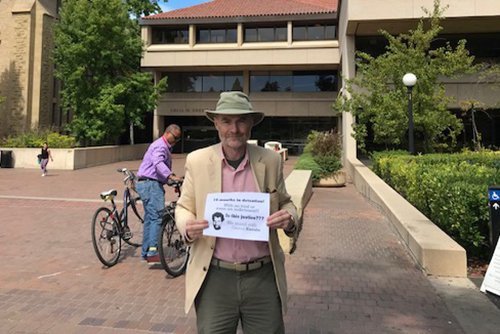 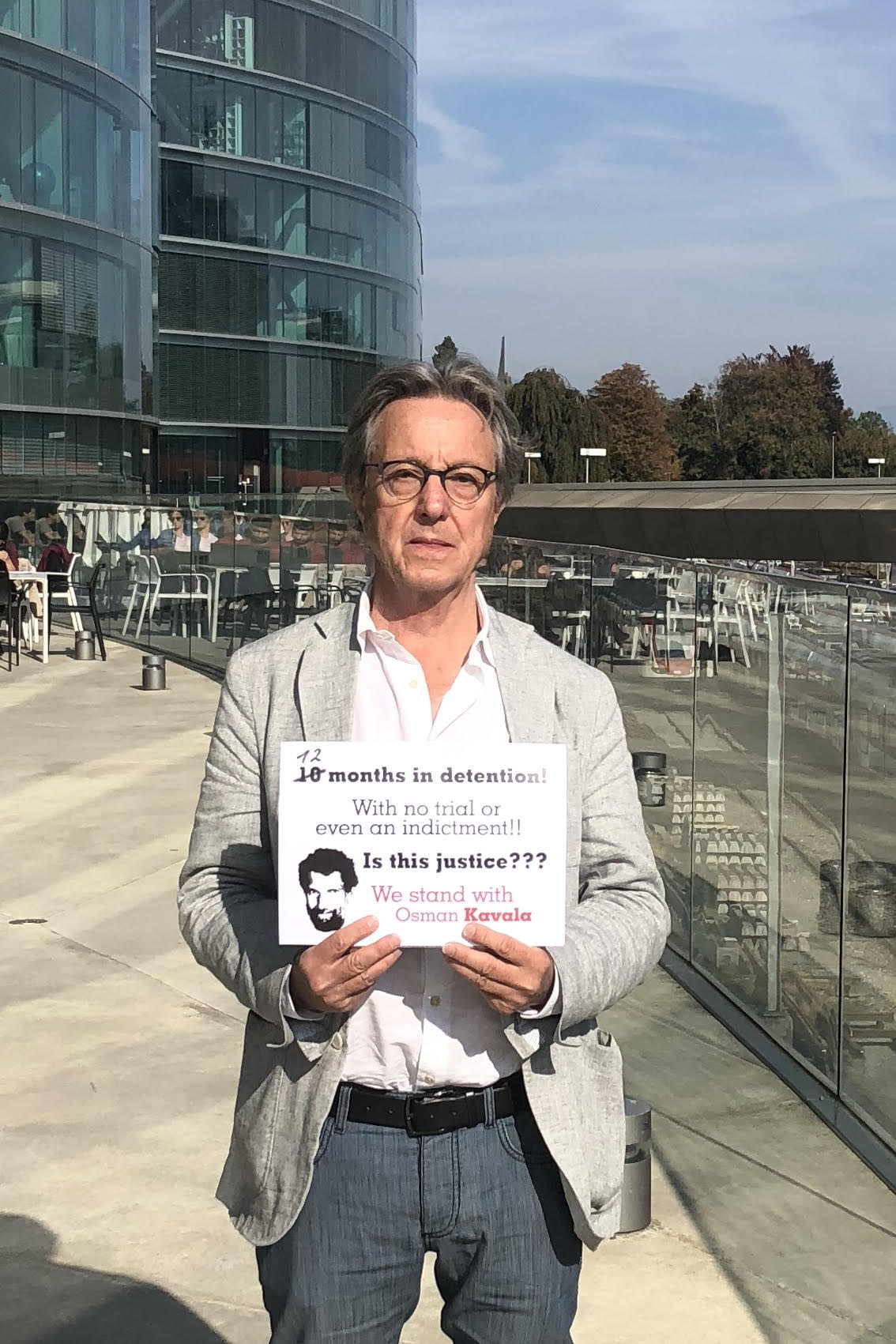